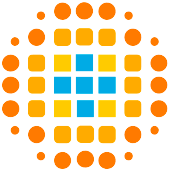 A snapshot of InterSolar Europe from Australian perspective
and some of the smartest products and sales strategies on show.

Before China became the world’s solar engine room, there was InterSolar – the global conference and exhibition staged in Germany and dominated by German innovation and engineering.

InterSolar now has range of global events but InterSolar Europe this year, held in the first week of June, had an air of revival and renewal after some years of stagnation on the European mainland.

Unsurprising energy storage drew most attention of the 15,000 strong attending. No longer a comparison of rack units and capacity, in a few short years a depth has evolved in terms of knowledge, experience and product sophistication.

With the Abbott and Turnbull government prevarication on all things renewable, it’s a bit of a shock to see the Germany government committed to renewal and surging enthusiastically towards an energy transition.

Nuclear plants are to be phased out by 2023. Federal incentives for solar with storage include low interest loans and grants of over 20%, while regional incentives extend to up to 50% of the cost of storage for commercial applications.

How are the conditions different from Australia? Well, apart from leadership with a vision and popular support for a renewable economy, Germany does not have an electricity market dominated by a few entrenched big power companies.

With over 800 retailers, the market is more open to competition and open to new and more innovative offerings from those new entrants.

Out with the old…or not?

Remember when ‘alternative energy’ was a thing. How quickly things change.

In 2017 the new energy paradigm has sent the unmistakable waft of big opportunity for big money throughout the corporate world.

The shakedown is going to hurt some companies with a long battery history who have proven ill-equipped to pivot toward today’s challenging storage economy.

Big name brands like Mercedes Benz and Lockheed Martin have jumped into the fray with Mercedes producing the most unlovable residential storage product on the market. Think a small truck in the process of crashing through your wall.

Some inverter companies with a strong solar history like SMA and Fronius are standing up and staking their claim as industry elders.

Fronius are seeking to extend the lifecycle of their inverters to 20 years and engaging strongly with installers to capture loyalty. In fact, Fronius had sponsored 20 Australian installers to visit InterSolar this year.

SolarEdge continues its rise as an innovation powerhouse complementing its impressive StorEdge range with the first inverter-EV-charger to hit the market with up to 9.6 kW charge rate.

Germany’s uptake of storage has seen newer players like Sonnen and Senec making an impact and topping the storage sales tally with sleek design and high quality all-in-one solutions.

What’s interesting is that both of these companies are playing in the installation game as well as being retail electricity providers.

Senec is an electricity retailer who has responded to the ‘new energy’ challenge with their own range of storage products. They then sell an enhanced energy management package with an ongoing returns to the company when leased.

It makes sense. Spend all that time with a customer explaining the ins and outs of energy flows and financial returns in a time of use scenario – a pitch for a better tariff option is going to be an easy sell at the end of it.

It’s the fries and coke with your burger!

In Australia, you could be forgiven for thinking there were two types of batteries – Tesla and the rest.

But of course those fast out of the gates often don’t prove to be the final winners. Keep an eye out for a little company called Huawei rolling in with a finely designed inverter.

Extremely small and weighing just 11 kg their new residential inverters have an efficiency rating at the top of the market (98% EU), play nicely with LG Chem high voltage batteries, and are designed to sit comfortably in the IoT world with Huawei smart home management products.

This compact single PV and battery inverter supports power optimisers on any portion of a solar array, allowing for a fine balance of flexibility and simple installation. Absolutely stunning tech but not available on the AU market as yet.

Huawei clearly have their sights set on the smart home market and look destined to take a central position in the market.

LG Chem have already made a splash in the Australian market and, with both low voltage and high voltage options, are proving to be the battery of choice for many manufacturers of battery inverters.

One brand that was less conspicuous among InterSolar’s three halls of energy storage players…Tesla. The overriding sense among the German installation community seemed to be one of mistrust, with more than a hint of derision.

Perhaps the idolatry reserved for American tycoons like Musk and the spectacular product launches before a product has been produced are not in the European taste?

From expo to nightclub in 9.9 sec.

In Barvaria, beer is an perfect accompaniment to an meal or any conversation. At the close of the exhibition on day one, the barrels were rolled out and cracked to fill steins to the sound of accordions and trumpets.

Meanwhile at the SolarWatt stall, a company founded by BMW owner but styled more on the US model, a DJ kicked in with bass thumping throughout the hall while all manner of drinks were served in abundance.

A racing car, which appeared to be more fast photo prop than fast transport, fronted the stall while the marketing talk was just as fast and furious.

In Germany, however, it seems there’s more respect for the quiet industriousness and focus on results more typical of the Chinese and South Korean companies.

Let the product speak for itself. Don’t celebrate what you haven’t yet achieved.

It seems like a philosophy at home in Australia’s down to earth nature. And yet the Tesla rocket speeds on, at least in the minds of consumers.

The race is far from over.

Just answer a few questions so we can personalise the right experience for you.